I am in Total Shock

I know baby, toddler snuff films are real (though have not watched, reading was enough!).  I've seen the pictures of bombed children in Syria, Palestine, etc.  Pictures of dogs with their noses cut off, Jesus Christ, all things which I half wish, never saw or knew about.  So it takes A LOT to shock me.  AND RIGHT NOW, I AM SHOCKED.

I read several sites every day.  It's a small list, but among them is henrymakow.  Well today, he had another article about pedophelia amongst the elite, all of which I know all too much about, lived through it, etc. so I know it's all true.  I was honestly, not reading the article (figured I'd go back later), though was skimming down to see the side links, when I saw THIS - 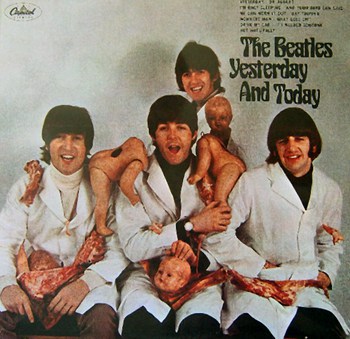 Jesus f'ing Christ!  I have never, ever liked the Beatles.  I'm 41 years old, and I never liked them.  When mocked as a kid, because they were "so cool," I'd retort, if forced to make a choice, had I lived back then, I'd sooner choose the rolling stones than the beatles, and I don't really like their music at all either! I'm much more then and now; Motown, reggae, jazz, classical, international, than the beatles or the stones (i.e.: mainstream).

That brings us to what I need to say.  I cannot believe that these people, the liberal democraps, my age and above, who are STILL walking around with their "beatles," tee shirts on, acting as if they are the "saviours," of the people - BECAUSE THEY'RE THE ENLIGHTENED ONES.  Ohh.  I really get it.

Everyone knows about the Tavistock Institute, if not, research yourself, because it's a rabbit hole you must explore on your own.  Mind control, etc., which -  you most likely fell for.

I would have never been able to dismiss such imagery.  Not as a child, nor as an adult.

Personally, in hindsight, it always humors me that all of my favorite songs and singers as a child were reggae songs and artists.  That- the lyrics, the beat and rhythm were what I could relate to the most.  And what humors me are the lyrics of many of the songs; singing of man's plight, were all songs, basically against these satanists that run the show.

Anyway, if you are still listening to the gaddamn beatles, I suggest you start to read.  Read up on things which will offend you.  It will offend, because you have been misled, deceived, lied to and nothing that you believe is as it seems.  The knowledge is there, and there is NO SHAME, nor embarrassment for falling for it, and for so long.  Only in remaining intellectually HERE, where you are now (unwise to what's real in this world).  So GET CRACKING.

Email ThisBlogThis!Share to TwitterShare to FacebookShare to Pinterest
Labels: wake up